In May, it will be four months since Dr. Geoffrey Schladow arrived in Chile. The current Director of the Tahoe Environmental Research Center (TERC) at the University of California Davis, moved to Valdivia in February to work with Fundación Chile Lagos Limpios (ChLL) and the Universidad Austral on the conservation of the North Patagonian lakes.

Currently the work done by this center is transferred and promoted through active public education and outreach programs; providing science to guide the management of the lake. Thanks to this, Lake Tahoe located on the border between California and Nevada, is now recognized for its pristine waters, the result of a constant effort to achieve a balance between economic development and conservation.

It was within the framework of making this successful experience known, that in 2018 Geoffrey Schladow participated in a seminar in the south of Chile. There he would meet the team with which Fundación Chile Lagos Limpios would later be created. Thanks to the involvement of UC Davis Chile the partnership aimed at protecting 23 national lakes was strengthen. 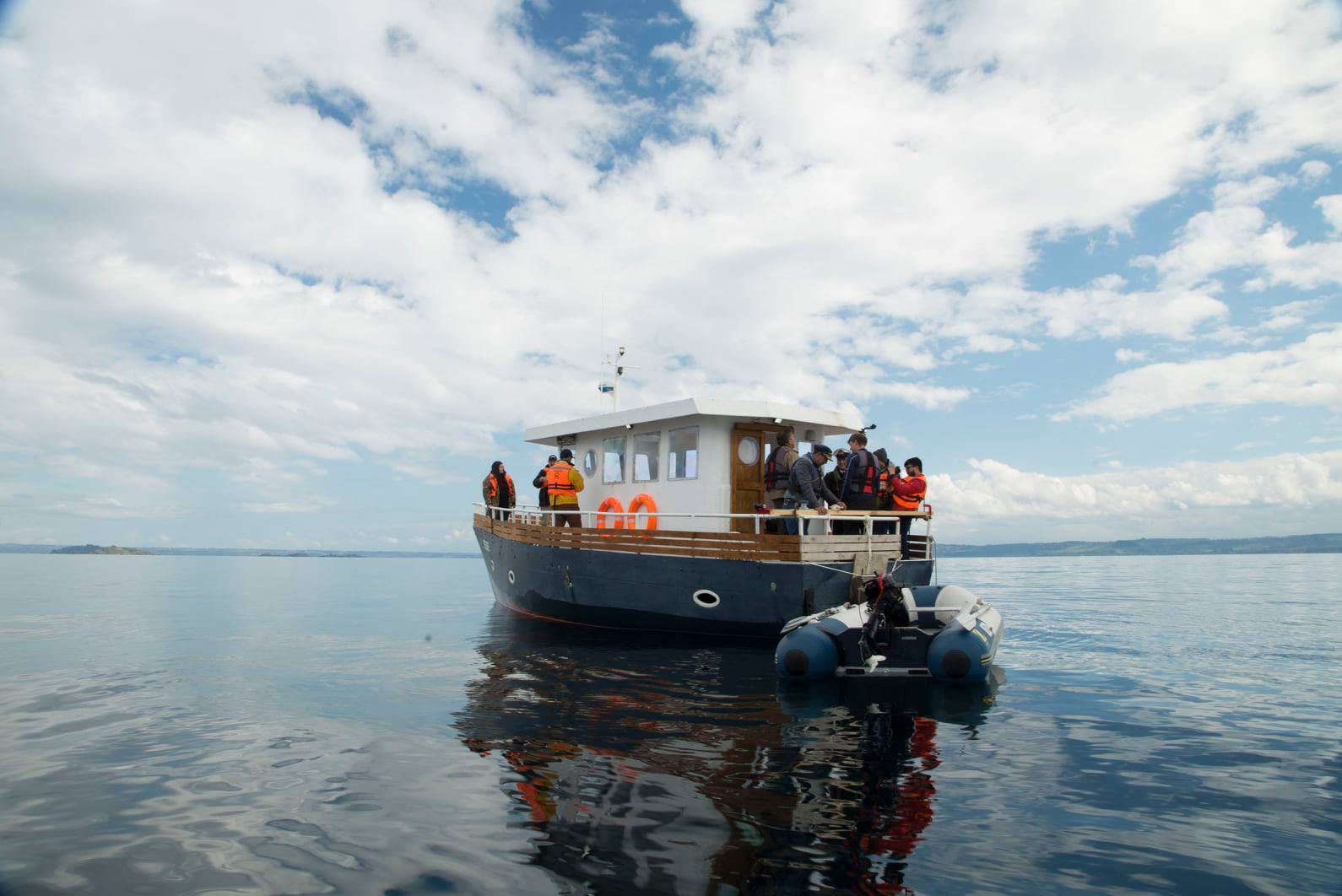 Almost a year later, at the beginning of 2019, a first monitoring station was installed in Lake Panguipulli (Region de Los Lagos), which thanks to the donation of the UC Davis, would allow a better understanding of the lake's ecosystem. A few months later, the same would happen at Lake Ranco, thus transforming southern Chile into an increasingly attractive destination for Dr. Schladow and his research into freshwater ecosystems.

In February 2020, Dr. Schladow switched his California office to Universidad Austral and began four months of a "sabbatical" full of learning, new experiences and challenges to continue in the midst of a pandemic.

Fernando Coz, Executive Director of Fundación Chile Lagos Limpios, tells us that the researcher's work in southern Chile currently has three components. The first is the collection of data obtained from the buoys installed in Lakes Ranco and Panguipulli; the second is the work of modeling this information, a task that is being carried out along with a doctoral student in California, and the third is the search for different funding alternatives to ensure the long-term continuity of the project.

When asked about his experience working with Geoffrey Schladow, Coz said, "It has been a pleasure to work with him, he is a very intelligent, simple and driven person, so in addition to working and achieving concrete things we have had a great time and this is clearly a long-term research and relationship that will last for a while.

Chile Lagos Limpios, the challenge of studying and protect lakes of southern Chile

The key strategies towards Circular Economy