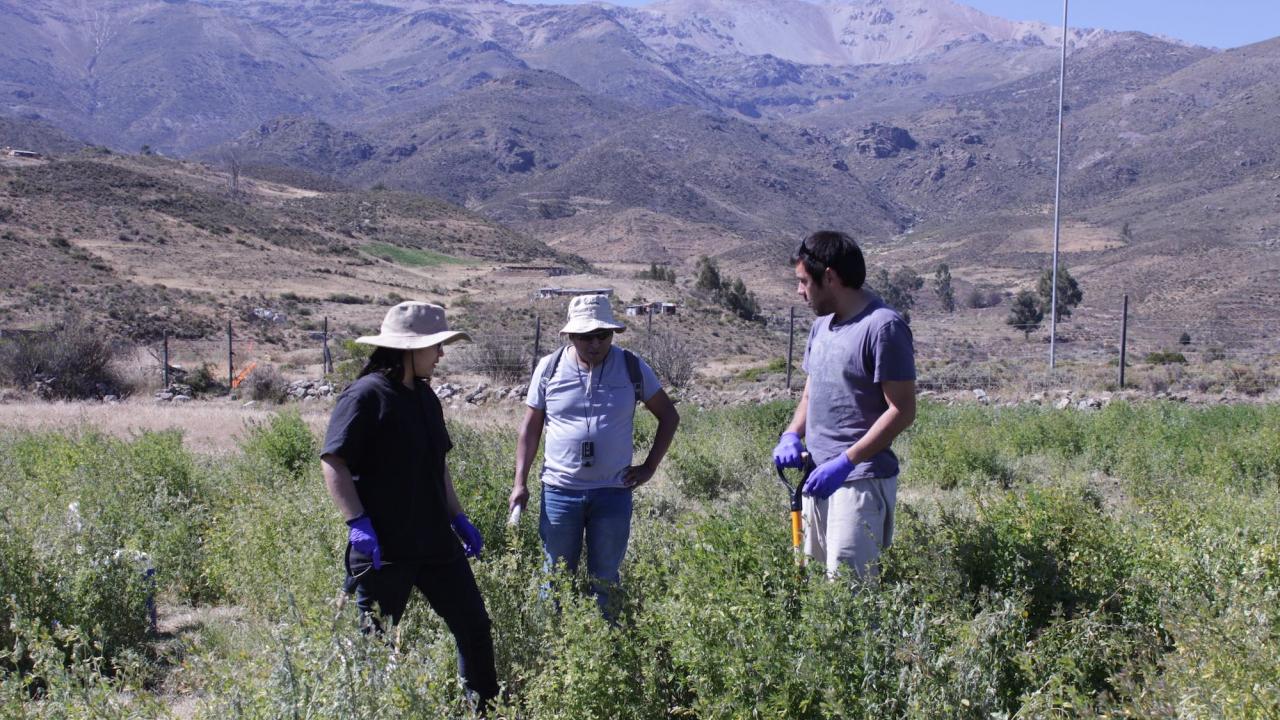 Amidst ancestral crops such as corn or oregano, a number of microorganisms are hidden. They could help other plants protect themselves against insects or pathogens (bio-controllers). The first steps are taken by UC Davis Chile and UTA last April.

Atacama is the driest and the most ancient desert in the world.  In the Region of Arica and Parinacota, every now and then, the desert flowers and displays its valleys. 600 years ago, its inhabitants developed agricultural practices which have remained practically unchanged with little or no use of pesticides. There, ancestral crops are grown, such as alfalfa, corn, potatoes, white corn and oregano.

Surrounding and within these crops inhabit a series of microorganisms (microbiota), some of which have enable the crops to survive in time and in adverse conditions. UC Davis Chile and the University of Tarapaca (UTA) are developing a project to search for those microbial genetic resources for their use in agriculture.

In these areas, the “microbiome (the genetic material of the microbiota) has remained broad and diverse and therefore it is interesting to recover and return these microorganisms to agriculture,” comments Freddy Boehmwald, UC Davis Chile’s Bioproduct Development Coordinator.

By “returning microorganisms to agriculture”, Doctor Boehmwald refers to generating agricultural bioproducts –of natural origin and highly biodegradable–based on microorganisms which have beneficial relationships with the crop. This could be biocontrol: biological agents that protect crops against insects, fungi, bacteria, virus, weeds and nematodes, capable of replacing pesticides. There are also biostimulants, generally bacteria with the ability to either directly or indirectly, stimulate the growth of plants. Finally there are the biofertilizers which, directly or indirectly, facilitate the availability of determined nutrients, such as nitrogen, phosphorous and water.

The aim of bioproducts is to replace or supplement the chemicals which have been used for decades in agriculture, in order to generate more sustainable systems. “The use of chemical resources has reached a point of exhaustion and many pests are resistant to these. Moreover the consumers in general want to have food without pesticides or with as little as possible. There has been a complete turn-around in agriculture,” adds Doctor Boehmwald.

In April of this year the first phase of “biodiscovery” of this project began: they identified the sites from which they wished to take samples. “Afterwards we contacted the communities to discuss the project and how to share the benefits with them should there be any development deriving from the project,” details Boehmwald. The biotechnologist adds that the entire project is governed by the Convention on Biological Biodiversity.

The researchers of UTA and UC Davis Chile started to take samples from the selected valleys and crops, such as corn and alfalfa in Molino and oregano in Socoroma. The aim of this phase is to generate two collections of microorganisms: they are looking to obtain better functions as biocontrollers and as biostimulators. They search on the surface of the roots (epiphytes) and inside the plant (endophytes).