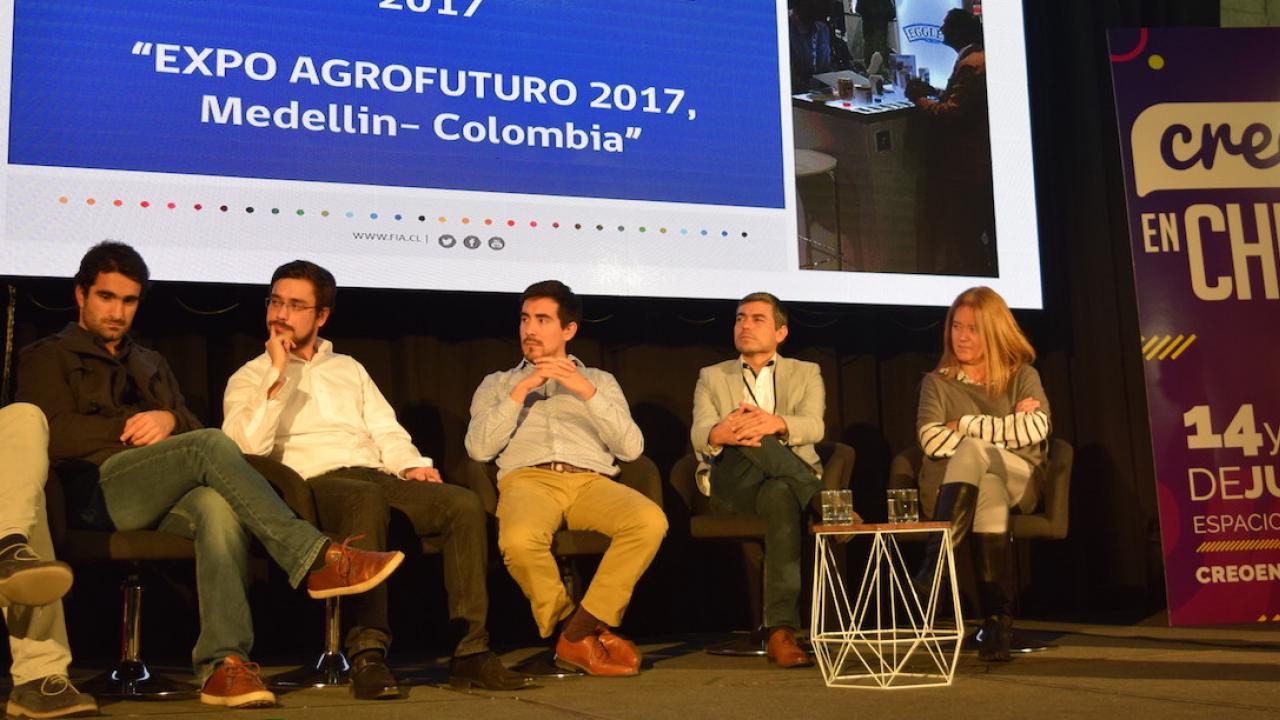 The Foundation for Agricultural Innovation (FIA), together with the Center of Research and Innovation (CII) of the vineyard Concha & Toro and the University of California, Davis in Chile (UC Davis Chile) implemented the young Agri-Food Panel in the context of the fair “I Believe in Chile”. The aim was to start up a dialogue amongst entrepreneurs, research centers and companies about the challenges of innovation connected to the agri-food world with different strategies and realities.

For the executive director of FIA, María José Etchegaray, young people play an important role in stimulating a culture of innovation at all levels: “Over the last years, tendencies in agriculture have emerged which we have had to assume, such as the ageing of the population, demographic change and the awareness amongst the new generations of the importance of healthy eating and the impact we generate on the environment”.

For his part, Pablo Zamora, UC Davis Chile’s Associated Director, detailed the distinctive research model of this innovation center: “Our work is essentially collaborative, with teams of researchers in California and in national institutions, such as the universities of Talca, Tarapacá and Andrés Bello. Moreover, in order that science may have a direct impact on industry, our approach is motivated by industry-driven requirements. Finally, we involve the final users directly in scientific developments; in the case of this first stage, Concha y Toro and VSPT Wine Group”.

Concha y Toro vineyard developed its research center to contribute to the Chilean wine industry and to make it more competitive through technology, applied research and the transfer of knowledge.

“We are facing a scenario of increasing global competition and which explains the relevance of research and innovation as well as new technologies which enable us to improve the productivity of the industry. This is the great challenge which the center is facing, to identify key research in order to support and increase our competitiveness. Due to the size and relevance which the vineyard has attained, we needed to promote and accelerate innovation in order to remain in force over the following decades” commented Gerard Casaubon, CII’s Director.

In this ecosystem of innovation, young people can bring other perspectives to the agricultural sector and in this way, initiatives have emerged whose results are widely replicable. There are the cases of Ketrawa, a company that developed a kit of cultivable mushrooms in order to contribute Chileans’ food quality improvement; Protome which designed the FoodSafeM system for the rapid detection in-situ of multiple pathogens (food safety) and Ecoterra, that produces “free range eggs”.