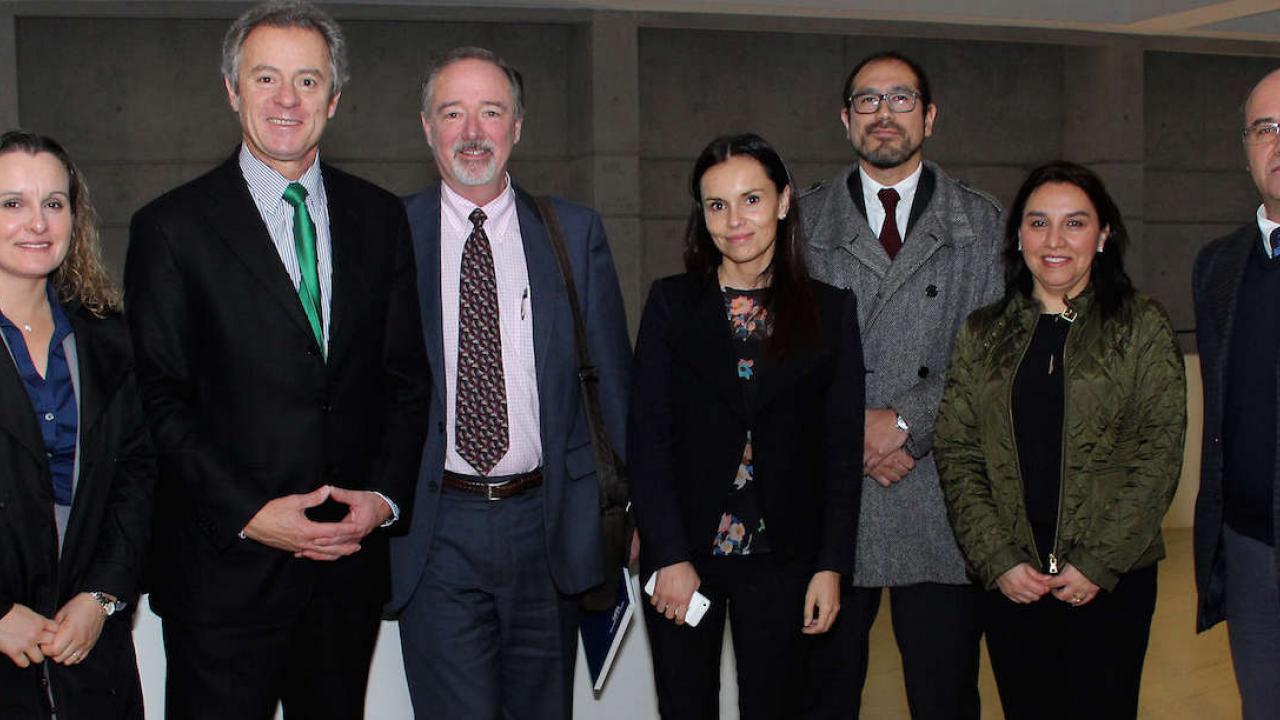 On Wednesday, August 19th, Dr. Alan Bennett, Executive Director of University of California Davis in Chile (UC Davis Chile) -a program from UC Davis (USA) currently in Chile-, met with Federico Valdés, the Chancellor of Universidad del Desarrollo (UDD), to begin defining areas where the two institutions will work together. One of the main topics will be human capital training in intellectual property and technology transfer, areas in which both institutions have a long tradition and prestige.

UC Davis has a well known record in these topics through initiatives such as PIPRA (Public Intellectual Property Resource for Agriculture), an institution co-founded by Dr. Bennett in conjunction with UC Davis School of Law, which since 2011 gives a 10-day course called "Licensing Academy: Intellectual Property and Technology Commercialization™".

In turn, UDD will share the acquired experience in these areas through the technology development office iCono UDD, which has become a key player in promoting and facilitating the management and transfer of knowledge generated in the university towards society, contributing to the development and welfare of people.

One of the first activities within the framework of this collaboration between UC Davis Chile and UDD will be the "Diploma in Innovation and New Technologies for the Agricultural Industry", which receives funding from the Regional Program of the Chilean National Commission for Scientific and Technological Research (CONICYT). The program will be held at the Concepción Headquarters of UDD between August 20th and 22nd; some of the issues that will be addressed include: legal framework for the protection of inventions with intellectual property, policies for managing conflicts of interest and commitment, the role of researchers in technology transfer and patent search database. The course will be led by Dr. Bennet; Dr. Pablo Zamora, Chief Science Officer of UC Davis Chile; Dr. Mónica Alandete-Saez, Director of Educational Outreach and Analyses of PIPRA and Nancy Pérez, Executive Director of iCono.

"In Davis, over 50 Chileans have received their formation from the Licensing Academy. Having a partnership with UDD we can train more people on these issues, which in Chile is essential for moving inventions created within universities towards industrial actors who will place these on the market, allowing society to benefit from them. Surely this is a fundamental topic for the Chilean economic development," said Dr. Bennett.

"UDD has always stood out for its partnering with the best in all disciplines, with the aim of exchanging knowledge, experiences and establishing permanent, collaborative work. We look to establish long-term relations, therefore we are very keen on working together in forming advanced human capital on issues of intellectual property issues and thus give value to the technologies emerging from universities," stated Chancellor Valdés.