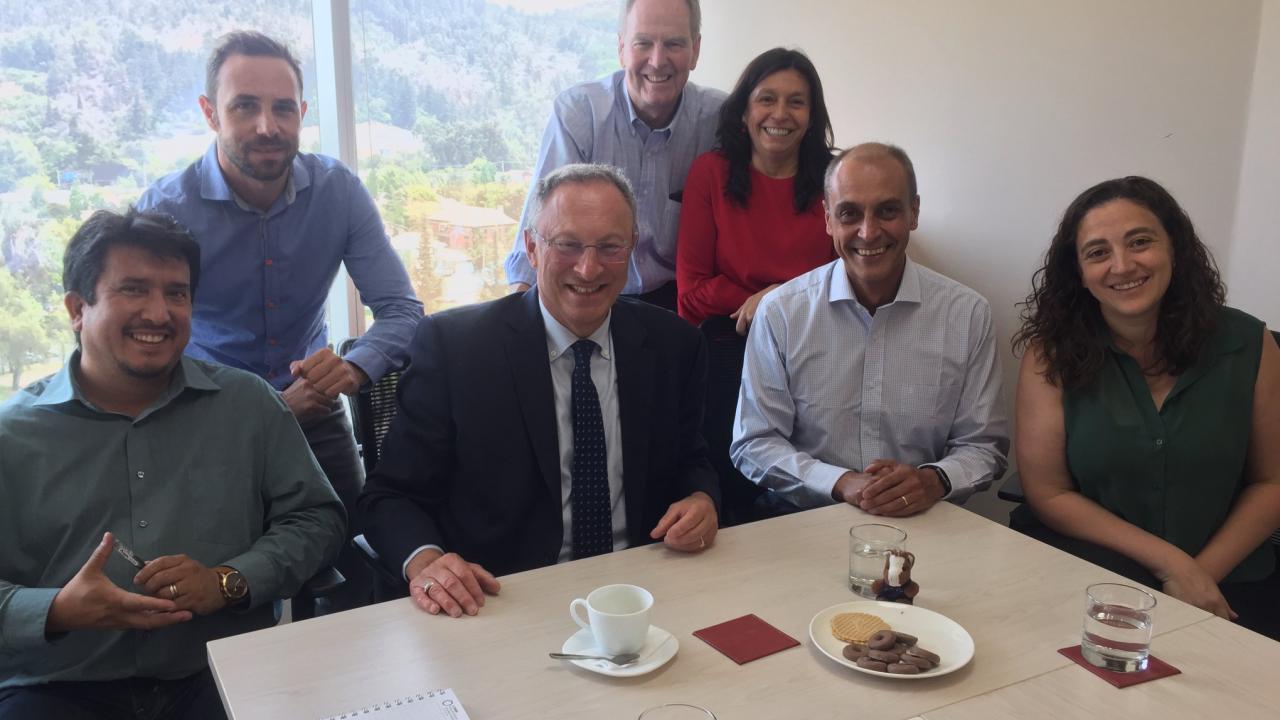 After being one of the authorities of the University of California Davis most involved in the creation of the UC Davis Center of Excellence in Chile, at the beginning of January, we had the opportunity to receive in our offices Ralph Hexter, Provost of UC Davis.

During his visit, besides meeting with our team and Lowell (Tu) Jarvis, our Executive Director; Hexter was able to share with authorities of the institutions we work with and learn more about their experience. He also visited the U.S. Embassy with a view to having support for future actions, exploring new issues and potential joint work agreements in teaching, research and extension processes.

For Mauricio Cañoles, General Manager of UC Davis Chile, "Ralph, from California, has always been interested in promoting the internationalization of UC Davis. He has been one of the people in charge of strengthening the area of Global Affairs, therefore, there is a commitment with Centers like ours and hence his attention in the role we have and how we are doing it".  He then added, "The Provost is one of the people who have been here since the creation of the UC Davis Chile project, however, he had not had the opportunity to visit us, so this trip was long overdue".

About Ralph Hexter's experience in the country, Tu Jarvis, Executive Director of UC Davis Chile said, "During his stay Hexter said he was very happy to see the scope of the work done by the Center and highlighted it as a unique laboratory for the generation of international research collaborations.

After his return to California, one of the immediate consequences of Ralph Hexter's visit to Chile was the invitation received by Mauricio Cañoles to speak about UC Davis Chile at the Provost's Leadership Council, thus strengthening the commitment and intention to generate links beyond research projects, positioning our office as a platform for a solid link between California and Latin America.

Listen to the interview with our Extension expert, Leticia Rojas