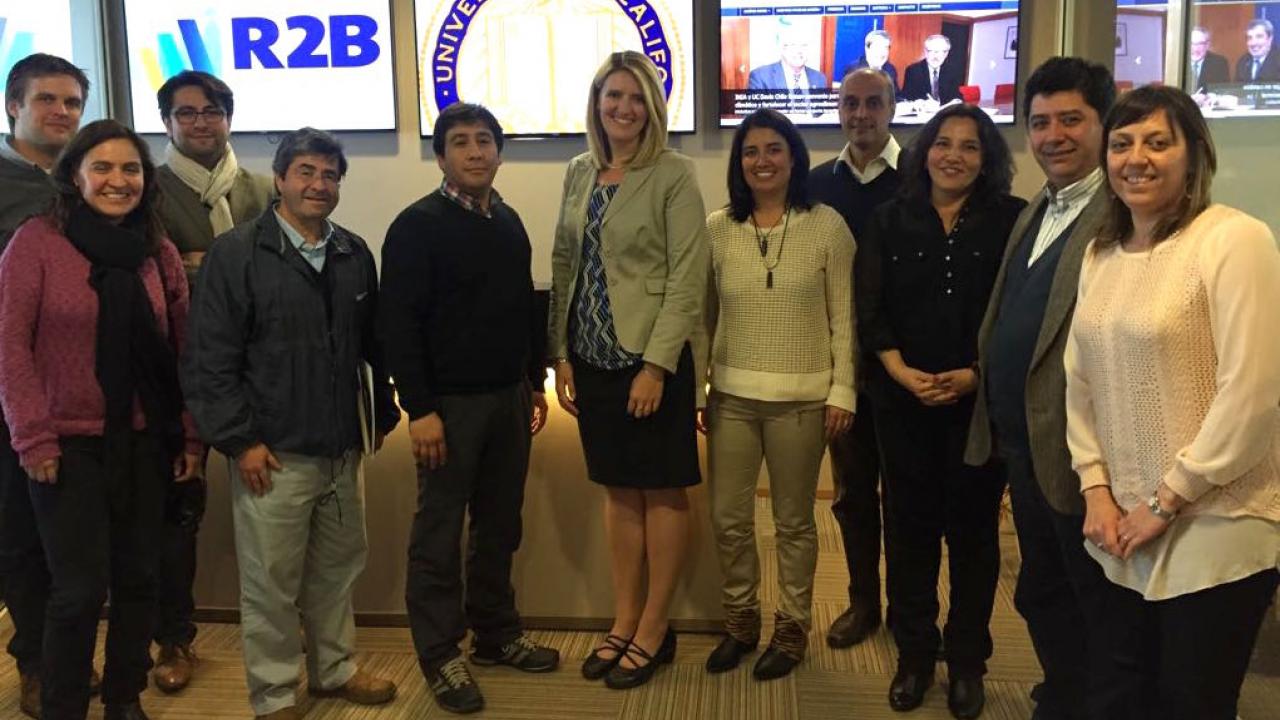 The traditional approach is that functional foods – those which contain biologically active components - offer health benefits and reduce the risk of disease.  However, international research indicates that 70% of the population is skeptical about functional foods and 63% state that there is a lack of information about food and its benefits.

“This generates a great opportunity to expand research and development of the foods and also to communicate this to the consumers”, commented Gail Bornhorst when she visited Chile. This academic from the Departments of Food Science and Technology and Biological and Agricultural Engineering from UC Davis has a different approach in the area; she is studying the behavior of food following its consumption.  Together with her colleagues she is investigating the relationship between the processing of the foods, its decomposition during digestion and the absorption of nutrients in order to optimize the functional properties of the foods.

In UC Davis Chile, Doctora Bornhost had meetings with representatives from leading national companies in the food sector and professionals from universities, research centers and from the Center of Technical Agroindustrial Extensionism.  In both activities Dr. Bornhorst explained her area of investigation and others which are being carried out in the College of Agriculture and Environmental Science of UC Davis.

These activities form part of the cycle of meetings which UC Davis Chile has been organizing amongst professors of the Davis campus with companies and national investigators in areas of common interest.  The objective is to generate spaces to interchange expertise and experiences, aimed to define future possible work.

A key concept for Doctor Bornhorst is the “bioavailability”; how many of the nutrients apparently contained one food stuff are effectively released when consumed and finally which ones we can take advantage of (or avoid).  In her laboratory Doctor Bornhorst measures the bioavailability in vitro and live.  They also have a mechanical stomach which simulates digestion with peristaltic movements, enzymes and acids.

The expert in food engineering commented – amongst other examples – the case of the orange-fleshed sweet potato, a product known for its high level of carotenoids which produces i.e. they are the precursors of vitamin A, of great relevance for vision and the development of various biological functions. “There are many ways to cook it and we wished to know if this changes the manner in which the sweet potato behaves during digestion”, explains the biological systems engineer. For this purpose they cooked the product in different ways: steaming it in a conventional manner and in a microwave oven, boiled and fried and next they carried out the digestion of the product in vitro. They discovered that the cell walls of the sweet potato disintegrated in a different manner depending on the cooking method and duration of digestion. This is not a minor detail: after the wall has broken down, the nutrients, such as carotenoids, are released. The academic gave another example: in another investigation conducted together with the trade association of almond producers, they discovered that this raw fruit “releases” 20% less calories than baked almonds.

However the form in which the food is processed is not the only key factor.  Upon the request of the industry, doctor Bornhorst investigated if the time of pasteurization was increased, if the biochemistry of orange juice changed.  To her surprise, the key factor lay in the varieties of oranges used to make the juice and not in the length of time they were exposed to heat or pressure.

For this reason for food engineering, the functional properties are only one element of the cycle which also includes food, the plant variety, its processing, the changes which occur during digestion and the release of the nutrients.

Doctora Bornhorst was one of the main speakers at the Foroinnovagro: “Nutrition + Health: a challenge for innovation”.  The event, organized by Chile's Foundation for Agricultural Innovation (FIA), was held in Santiago, Temuco and La Serena.