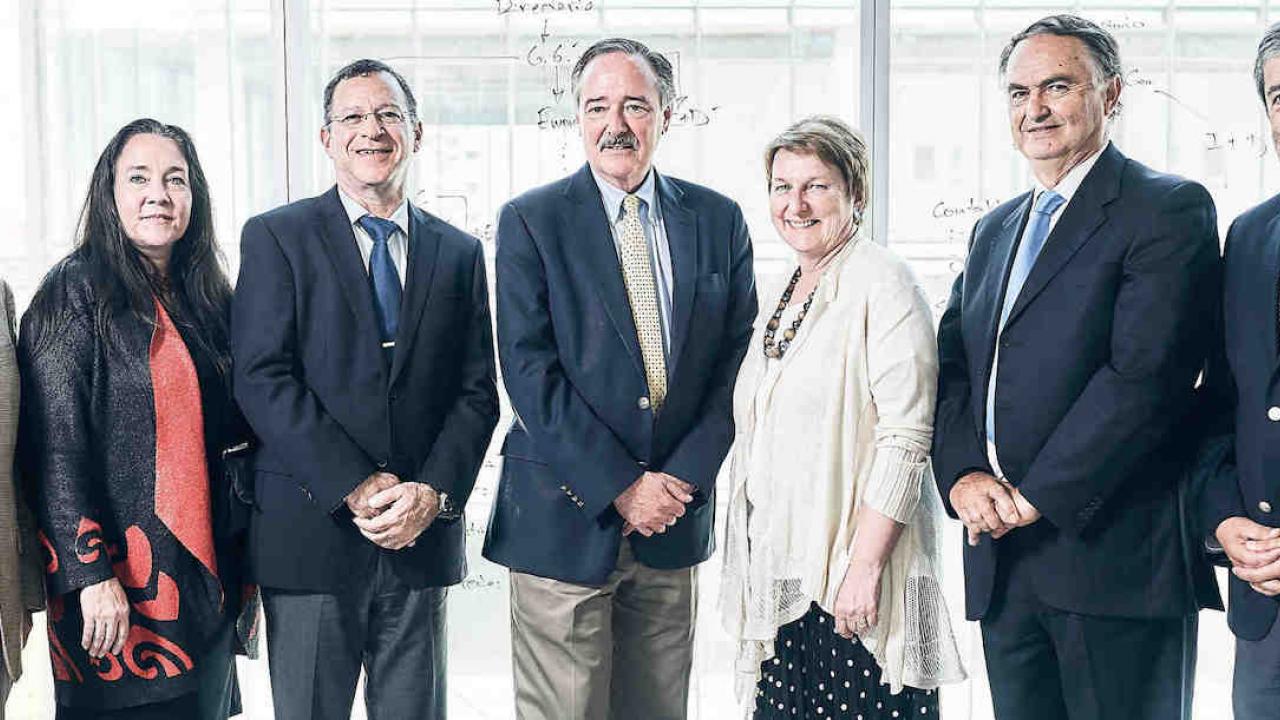 On Tuesday March 22, Dr. Alan Bennett, Executive Director of UC Davis Chile, led the Board meeting of this innovation center. “The meeting was very successful, important agreements that will definitely allow UC Davis Chile´s full operation were achieved,” said the Distinguished Professor from the University of California.

The session counted on the attance of the entire Board: eight seats held by senior officials from UC Davis and the four by the directors of the Chilean institutions. The Chairman, Harris A. Lewin, Vice Chancellor for Research; the Vice-Chair, Cindy M. Kiel, Associate Vice-Chancellor for Research Administration and Director Joanna Regulska, Associate Vice Chancellor and Rector of International Affairs, travelelled from Davis to participate.

The participating Chilean Directors included Julio Kalazich, Director of the National Institute of Agricultural Research (INIA) and the representative of the Ministry of Agriculture, Carlos Furche; Gonzalo Herrera, Vice- Chancellor of Innovation and Technology Transfer of the Talca University and Eugenio Doussoulin, Director of the  Department of Innovation and Technology Transfer at the University of Tarapaca (UTA). Ariel Orellana, Vice-Chancellor for Research and Doctorate of the University Andres Bello (UNAB) participated remotely. Universities of Tarapaca, Andrés Bello and Talca are the founding academic houses of UC Davis Chile.

“UC Davis Chile has tremendous potential. The way in which Alan (Bennett) is coordinating everything and the way the Chilean government visualizes how to partner is very visionary. If this turns out, it will be a tremendous success. And if not as planned, it will also be a success because it is changing the culture. People are learning from this experience how to make industry-university partnerships and how to partner with universities around the world to globalize their student exchange programs and research. This is very important in today's world,” said Dr. Lewin, who holds a budget of more than $750 USD million for research at UC Davis. In 2012, Chile´s public budget for science, technology and innovation was $1,037 USD million.

“If Chile continues over the next 10 to 20 years to invest in this way and the economy works well, there will be a big change in the culture of innovation. More than just adopt, they innovate in their own environment, make things yourself. And that's very important,” adds Doctor Harris, who received the Wolf Prize in Agriculture in 2011 (the equivalent of the Nobel Prize in Agriculture together with the World Food Prize) and for three years has been part of the National Academy of Sciences.

“As INIA leads agricultural research institutions in Chile with the mission of generating and transfering knowledge and technology for the domestic food industry, we are pleased to represent the Ministry of Agriculture in this directory and contribute on issues that have been prioritized, such as climate change, genetic improvement, viticulture and postharvest, where our researchers have great experience in the country,” said Dr. Kalazich. The National Director of INIA also added: “In addition, between Chile and California there is a long tradition of cooperation in agriculture and in particular, with UC Davis, a university where many of our researchers have obtained their graduate degrees.”

UC Davis Chile is an initiative financed by Corfo through its Programme to Attract International Centres of Excellence. The center also counts on two founding corporate partners: Concha y Toro and Grupo San Pedro de Tarapacá (VSPT), vineyards who actively participate in defining the needs of the wine industry and consequently, the Center research lines.