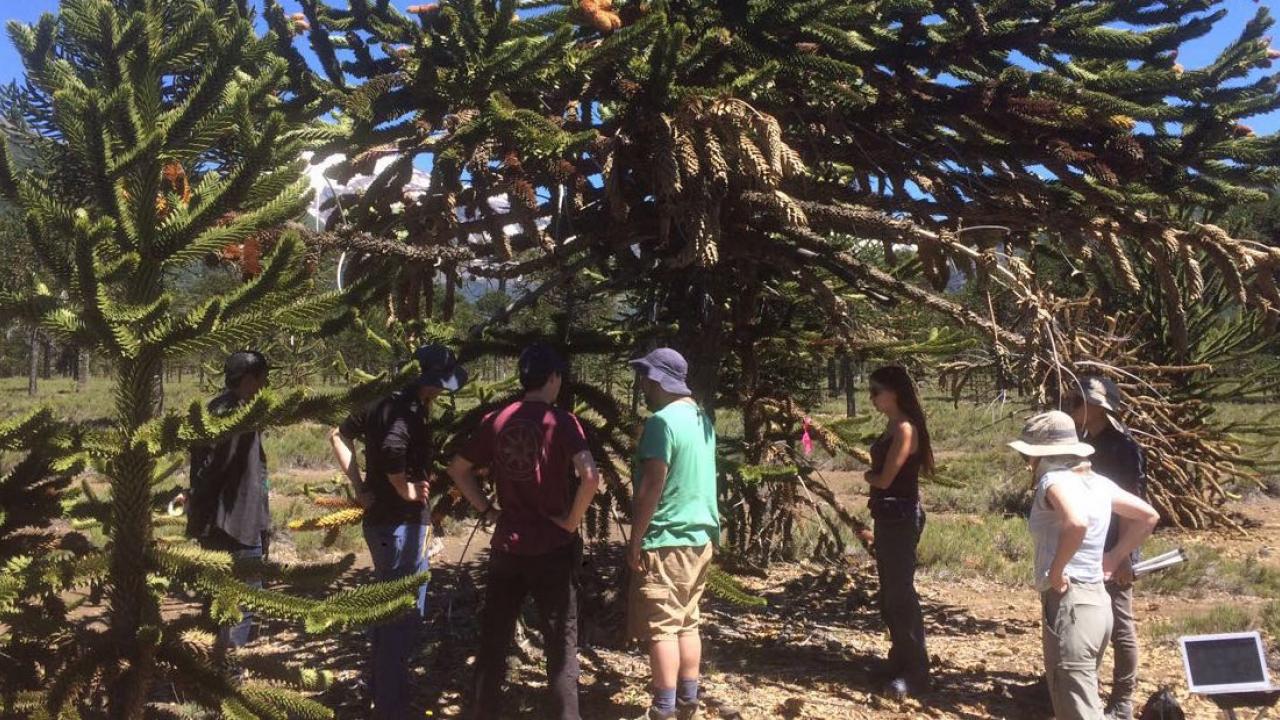 Summarizing, Freddy Boehmwald, biotechnologist and Coordinator for Bioproducts at the University of California, Davis in Chile (UC Davis Chile) who has been in charge of investigating the damage to the leaves which has killed 2% of the population of the araucaria trees and affected over 90% of the rest, affirmed that together with the National Forest Corporation (Conaf), the conclusion is that a fungus or a group of fungi combined with hydrological stress dating back at least seven years may be responsible. This deduction is based on a metagenomic investigation which they have been carrying out since 2016 based on microorganisms related to the healthy and sick trees. After dismissing that the disease was being caused by insects, scientists observed there were 14 fungi which were more frequent in the sick trees and which now must be cultivated in the laboratory.

Rodrigo Ahumada, forestry engineer at the company Forestal Arauco (another group supported by Conaf) discovered that of 52 samples, 21 were affected by the same fungus. This doctor in forest pathology prefers to reforest with genetically more resistant araucaria rather than applying chemicals, whereas Boehmwald suggests using biological controllers although these have not yet been applied to trees. Ahumada opines that the problem should be cyclical and this year should decrease as there has been more rain and snow.

For 2019 Conaf has a budget of approximately USD 240,000 for research, which in four years will amount to around USD 710,000. José Manuel Rebolledo, Director of Conaf, comments that domestic and foreign researchers have also made important contributions and that they will collaborate with indigenous people in order to recover the araucaria.

To read the entire article written by Richard García, from El Mercurio (in Spanish), click here.

Advances in the production of chilean biological product for agriculture